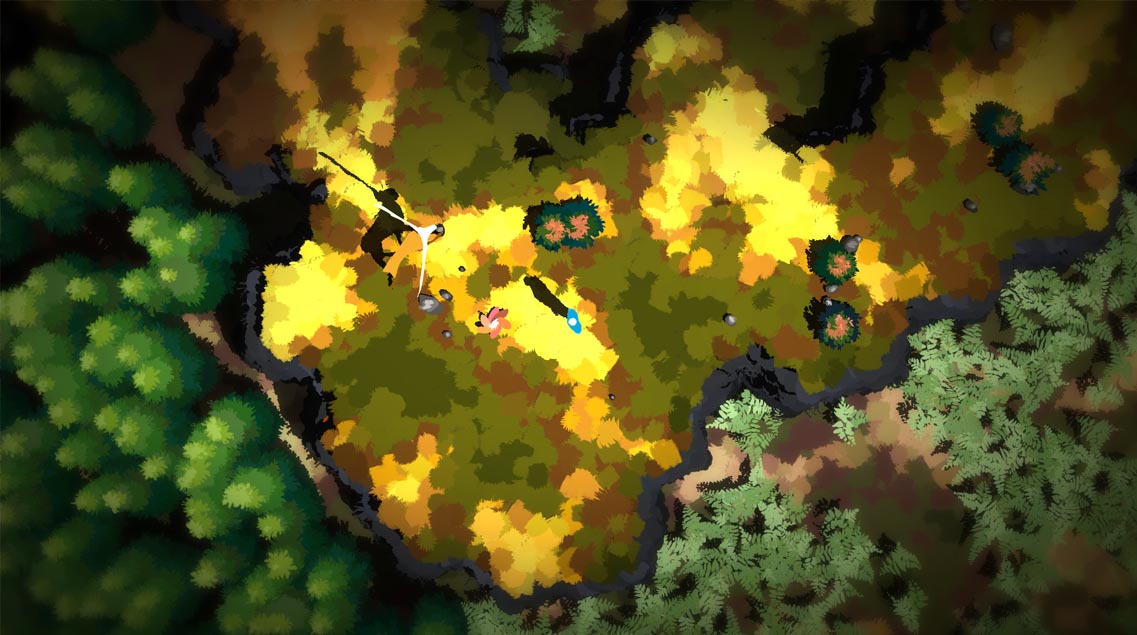 Every once in awhile, I’ll play a game that I can only classify as an experience, rather than a game. Where the gameplay, presentation and story(or lack of one) is much, much more than the sum of their parts. At it’s very core, Future Unfolding is a game that’s shrouded in mystery, where environmental puzzles lurk around every corner, and every corner begs to be explored.

What’s most amazing about Future Unfolding is that the game doesn’t hold your hand or give you an direction. It simply drops you off in a map, and leaves you to fend for yourself. It doesn’t push you to finish a particular goal, or to solve certain puzzles, Spaces of Play has managed to create a game that intrinsically urges players to explore its depths, and uncover the secrets of the world. The gameplay for Future Unfolding is extremely simple, you’re only able to walk, run and you have one button to interact with the environment around you. You’ll use the same button to talk to animals, as you use to ride a deer. The simplicity of the gameplay, belies the depth that Spaces of Play has managed to create.

The environment that surrounds you is full of depth and interaction. There’s nothing quite like running through thickets of trees, with no idea where you’re going, and suddenly stumbling into an empty clearing with graceful deer bounding around. Besides the exploration aspect of the game, the environmental puzzles that you run into range from simple and charming, to clever uses of animals and items in order to achieve your goal. This isn’t to say that your exploration into the world of Future Unfolding is simple and safe, you’ll run into more than your fair share of wild lions that will quickly devour you. The world of Future Unfolding is a delicate and subtle combination of cryptic and explorative, with a little bit of puzzle solving to round out the entire experience.

The art style of Future Unfolding is absolutely breathtaking, with a combination of a 2d and 3d rendering solution on a top-down view. I was continuously amazed at how well the plant life and vegetation would react, move and bend according to my actions. The soundtrack was subtle and created a soothing atmosphere that allowed you to relax and just explore the world around you.

As I’ve said before, Future Unfolding is an experience, and the entire package is neatly wrapped up in an amazing art style, subtle sound design and infused with just the right amount of mystery to keep players digging around the world that’s been created. This review is one of my shorter reviews, and I’ve purposefully kept it a little bit vague. I’ll let the gifs do the talking here, as my words aren’t nearly enough to pass the wonder of exploration that this game provides.