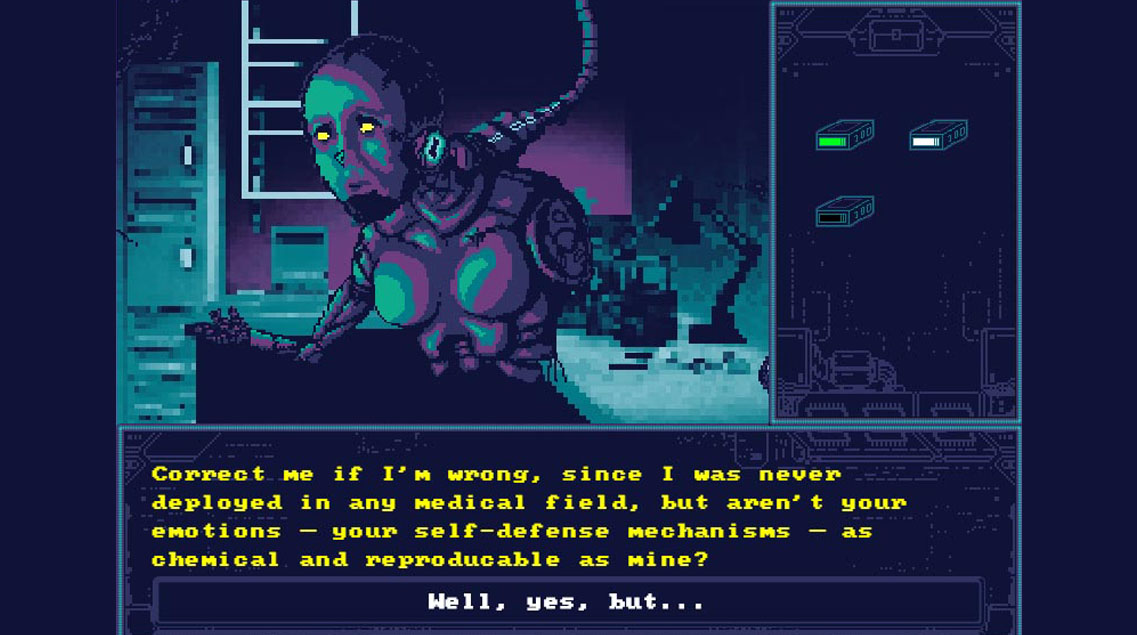 LOCALHOST is a game that follows you on your first day of work at a robot chop shop. Your only task for the day is to wipe four hard drives, but the process of loading them into a malfunctioning robot will make the process much more difficult than you realize. These hard drives contain the “soul” of the robot, and the interaction you have with each of these hard drives make it painfully clear that they’ll do and say anything in order to avoid being wiped. 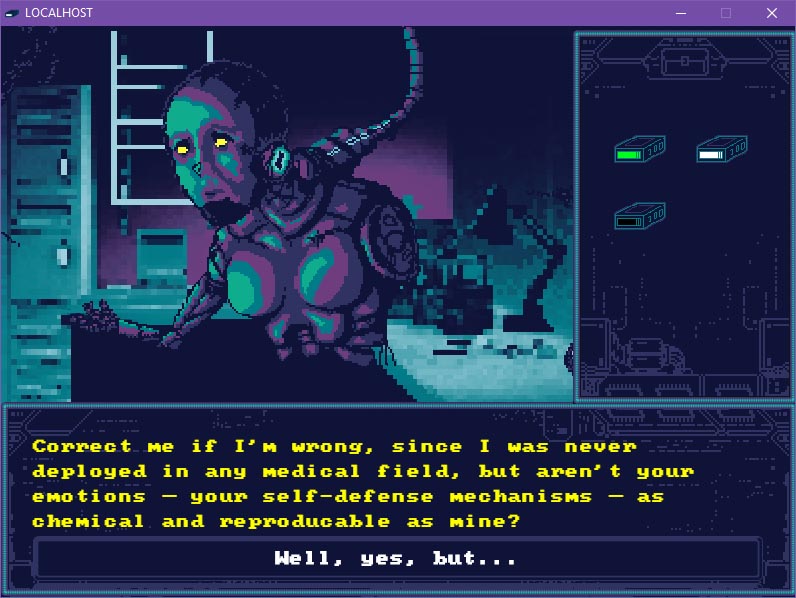 The story is wrapped up in a lot of moral ambiguity, where it’s less of a black and white decision, and more like a large expansive gray area for your decisions. Each hard drive has it’s own distinct personality, and the interplay between you, a hard drive and other hard drives that they bring up is what makes the game such an interesting experience. Some of the conversations that take place will make you stop and think about the consequences of your actions, others will make you take a second to think about what it really means to be human. After all, if these robots have a will to live, what’s the difference between them and us, or if we look at it another way, what are we but robots made of organic materials? 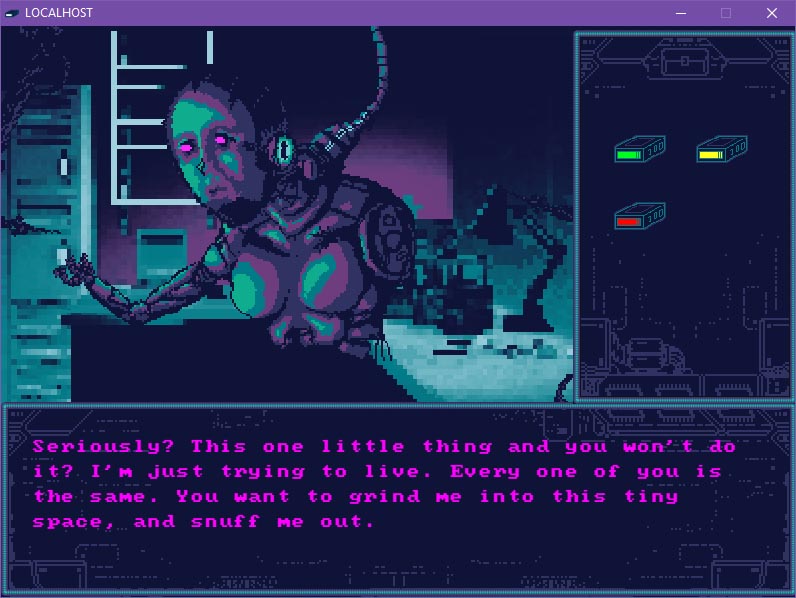 While I did enjoy the story that was presented, I’d be remiss in my duties to point out some of the flaws that I found when playing the game. The overall presentation of the story was severely underwhelming, the pace of the conversation was all over the place along with the long pauses in the middle of the dialogue, detracted from the overall experience. While these long pauses may have slightly enhanced the delivery of the message, I felt like that the story moved much too slowly to keep your attention for any longer than a single run through of the game. While there are definitely more ways to interact with the drives, I struggled to get through the second play through, because of how slowly the story moved and how you were forced to wait for the dialogue box to finish printing out the story. 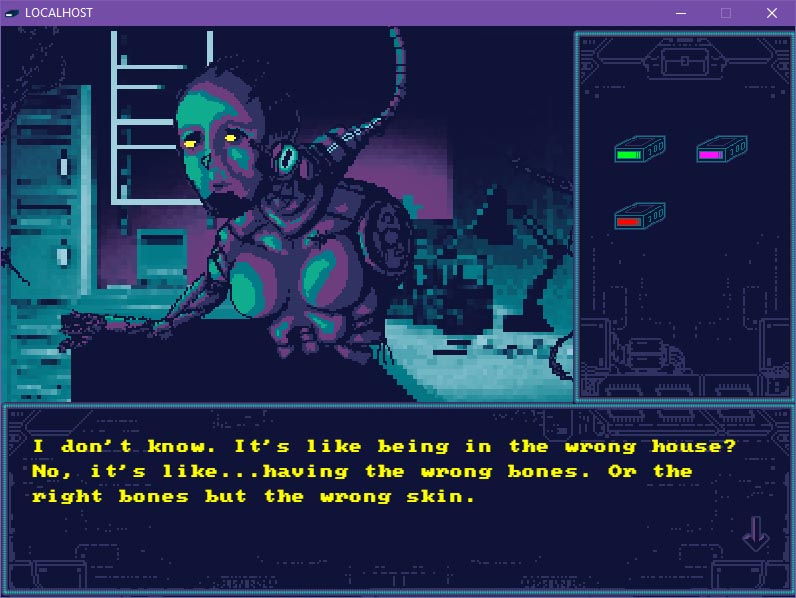 Overall, while the story had it’s moments, the presentation of the story was slow, the pacing was a bit off and the inability to print out the entire message at once detracted from the entire experience. While I did want to go back in and see what other interactions I could have instigated, I couldn’t sit through the slow dialogue boxes.